10 WAYS YOUR MORNING COFFEE CAN HELP YOU LIVE BETTER 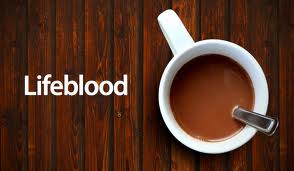 While not a health food, several studies have shown coffee contains properties that may be beneficial to one’s health and longevity. Photo Credit Sean Kelly

If you rely on coffee to get through the day, or just to get it started, you might be lacking sleep or something in your diet. Nobody, after all, is ever going to mistake coffee for health food.

But like wine, chocolate and popcorn, coffee has joined the ranks of unlikely foods with health benefits. An increasing body of research has found that drinking coffee—even four or more cups per day in some instances—provides health benefits. And a 13-year study of 402,260 AARP members conducted by the National Cancer Institute, which was published May 17 in the “New England Journal of Medicine,” concluded that devoted coffee drinkers were associated with a reduced risk of early death by up to 16 percent.

“This is perhaps the most compelling because the study was so large,” says Robert Davis, at Emory University’s Rollins School of Public Health and author of “Coffee is Good for You: From Vitamin C and Organic Foods to Low-Carb and Detox Diets, The Truth About Diet and Nutrition Claims.” He noted that the study was observational, so it doesn’t prove cause and it effect.

Though drinking coffee excessively can increase levels of the stress hormone cortisol and foster a dependence on caffeine, here are ten areas where coffee consumption just might be beneficial – if you limit the cream and sugar.

1. GALLSTONE PREVENTION
Harvard researchers in 2002 found that women who drank at least four cups of coffee a day were at a 25 percent lower risk of gallstones. An earlier study found similar results for men.

2. DEPRESSION PREVENTION
Women who drank two to three cups of daily coffee were 15 percent less likely to develop depression, and those drinking four cups were 20 percent less likely, according to a 2011 report in the “Archives of Internal Medicine.”

3. MEMORY IMPROVEMENT
Coffee can help with both long- and short-term memory. In a 2005 study presented at the Radiological Society of North America, researchers found that consuming two cups of caffeinated coffee improved short-term memory and reaction times.

Interestingly, a 2007 study found that women — but not men — who were 65 or older who drank more than three cups of coffee each day performed better on memory tests and were less likely to show memory decline than those who drank just one cup a day.

Although researchers have known for some time that coffee can decrease the risk of Alzheimer’s disease, researchers at the University of South Florida in 2011 found that a distinctive interaction between caffeine and coffee might be why. They recommend drinking four to five cups daily, starting in middle age, to increase GCSF, granulocyte colony stimulating factor, which is decreased in Alzheimer’s patients and improves memory in mice.

4. LESS RISK FOR DIABETES
Studies suggest that coffee drinkers are less likely to develop Type 2 diabetes, with those putting away four or more cups daily 50 percent less likely. A January 2012 report in the ‘Journal of Agricultural & Food Chemistry” might explain why. It attributes the effect to compounds in coffee that block HIAPP, a polypeptide that can result in abnormal protein fibers, which are found in people with Type 2.

5. DECREASES CANCER RISK
Coffee consumption has been associated with decreased risk of breast, endometrial, prostate and liver cancers, and those linked with obesity, estrogen and insulin. A 2008 Swedish study found that drinking at least two to three cups a day reduced the risk or delayed the onset of breast cancer.

A 2011 study in “Breast Cancer Research” found that drinking five or more cups could translate into a 20 percent less chance of developing estrogen-receptor-negative breast cancer. And, citing research on coffee’s effect on diabetes, researches also found that drinking more than four cups a day was linked with a 25 percent reduced risk for endometrial cancer.

But it’s not just the women who luck out. A recent study out of the Harvard School of Public Health found that both regular and decaf coffee resulted in reduced risk of prostate cancer.

6. METABOLISM BOOST
Coffee might help you maintain — or even lose — weight. A study as far back as 1980 found that the caffeine found in coffee stimulates the metabolism, but that only “normal,” rather than obese, subjects experienced greater oxidation of fat.

A 2006 study confirmed that the metabolism-boosting benefits of coffee were greater — and lasted longer — in lean women. More recently, researchers discovered that ground green coffee beans taken as a supplement seemed to promote weight loss — an average of 17 pounds in obese adults during a 22-week period. Researchers didn’t think it was the caffeine; rather, they credited the chlorogenic acid, which might reduce glucose absorption.

7. LOWER RISK FOR PARKINSON’S DISEASE
The “Journal of the American Medical Association” in 2000 found that the caffeine intake associated with coffee translated into a lower risk of developing Parkinson’s. A 2010 study found that drinking two to three cups of coffee daily can mean up to a 25 percent less chance of developing the disease.

8. ANTIOXIDATIVE PROPERTIES
Harvard researcher Edward Giovannucci, in research published in “Cancer Epidemiology, Biomarkers & Prevention,” noted that coffee has more antioxidants than most vegetables and fruits. In fact, a 2005 study found that coffee is the No. 1 source for antioxidants in the American diet. That’s a reflection of the volume of coffee consumed in this country, and how much is making it into the bloodstream is unclear.

9. PERFORMANCE-ENHANCING BENEFITS
Coffee — and the caffeine in it — has been shown in multiple studies to increase both endurance and short-term performance. A 2008 study concluded that the benefit of caffeine before exercise occurs during endurance events, stop-and-go events and long-term high-intensity activity. It also can help athletes perform better during strength training — even when sleep-deprived — if taken one hour before exercise at the rate of 4 mg for every kg of body weight.

10. GOUT PREVENTION
A 2007 study of men older than 40 linked long-term coffee consumption with a lower risk of gout, an inflammatory condition caused by elevated levels of uric acid. Decaf and regular both had an effect, and those drinking six cups a day experienced as much as a 60 percent lower risk of gout.