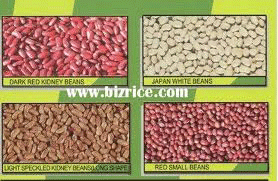 They’re a common part of traditional diets in India and Latin America, but in western repasts, legumes or pulses — that’s lentils, dried beans, and chick peas — have generally been a culinary afterthought. That may soon change, however, thanks to new research suggesting legumes alone can improve the health of diabetics.

The study, published in the Archives of Internal Medicines, was funded in part by an association of legume farmers and confirms that simply changing what they eat can help diabetics reduce some of their symptoms, as well as lower their risk of heart disease — in as little as a few months.

MORE: Guide: The 31 Healthiest Foods of All Time (With Recipes)

Starting in 2010, researchers in Toronto, Canada, enrolled 121 patients with Type II diabetes and tested their blood sugar, blood pressure, cholesterol levels, and more. Roughly half of the study participants were randomly selected to add a cup of legumes per day to their diet. The other half were told to try to eat more whole-wheat products.

After three months, the patients were tested again on the same measures. Both the legume-eaters and the whole-wheat-eaters saw a reduction in their hemoglobin A1c values — a marker of average blood sugar, for a period of several weeks. But that reduction was slightly larger among the legume group than among the whole-what group: 0.5% compared to 0.3%. And while those changes may seem small, the study authors say that drops of this magnitude are “therapeutically meaningful,” and can lead to fewer diabetic symptoms as well as lower doses of medication to control blood sugar levels. The legume-eaters also achieved modest reductions in body weight relative to the wheat group, losing an average of 5.9 lbs compared to 4.4 lbs, as well as drops in total cholesterol and blood pressure.

MORE: Type 2 Diabetes Is Tougher to Treat in Kids and Teens

While the study was funded by legume farmers, the results confirm previous findings that showed changes in diet can reduce diabetes symptoms and protect patients from more severe complications of the disease. In 2002, a large government trial found that overweight people on the verge of developing diabetes could dramatically lower their risk of the disease by changing their diet and exercising more. And in 2008, David Jenkins, one of the current study’s lead authors, published similar results that demonstrated the strong benefits of a diet high in vegetables, fruit, nuts, flaxseed, and, yes, legumes.

Jenkins, a nutrition expert at the University of Toronto, is credited with developing the idea of the glycemic index (GI) — a measure of how quickly different foods, when eaten, may cause a person’s blood sugar to rise. While controversial — some nutrition experts aren’t convinced it’s a reliable way to measure the impact of food on blood sugar — that index has become a popular guideline for both health organizations and the creators of commercial diet plans as a relatively simple way to think about healthy food. Jenkins and his colleagues say that low glycemic-index foods have been linked to improved blood-sugar control in patients with Type 2 diabetes. In their new article, they say that legume consumption is important to diabetics because “Legumes […] were the first class of foods recognized as having low GI values.”

MORE: Does Eating White Rice Raise Your Risk of Diabetes?

Others aren’t convinced about the power of GI, however. In an article accompanying Jenkins’ current paper, nutrition consultant Marion Franz argues that some recent studies actually find no impact of glycemic index on diabetics’ blood sugar — and, Franz says, the very definition of glycemic index is “confusing.”

She writes:
The GI measures the relative area under the postprandial glucose curve of 50 g of digestible carbohydrates compared with 50 g of a standard food, either glucose or white bread. It does not measure how quickly foods are digested and absorbed into the blood stream as claimed by diet books (and many health professionals). […] Although there is a modest difference in the glucose peak from […] high- vs low-GI carbohydrates, the peak occurs at similar times. Furthermore, the mean glucose and insulin responses to a high-GI diet vs a low-GI diet are parallel. There is no quick or sharp glucose or insulin peak response to the high-GI meals.

Essentially, Franz does not believe that glycemic index, as it’s currently measured, actually captures what its proponents claim it captures. She notes that sugary foods can have lower GI scores that unprocessed whole grains, and that even candy bars often have only moderate GI scores. She suggests that legume-eaters in Jenkins study may actually have seen improved health markers relative to wheat-eaters simply because they ate fewer calories overall, or because they ate more soluble fiber.

MORE: Did Paula Deen’s Own Cooking Give Her Diabetes?

That’s not to say that legumes shouldn’t be part of a healthy diet. Franz agrees that chick peas, lentils, and beans are all high in fiber and vegetable protein, and they’re not too calorie-dense. So whether or not legumes are the answer to controlling diabetes, at least on some level, the experts do agree on the big picture: eat a healthy diet; it matters.