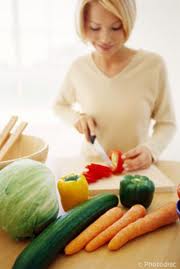 Following simple guidelines can reduce your risk for heart disease and help prevent cancer according to new research.

(TAH) – The American Heart Association says a new study demonstrates that adhering to six or seven lifestyle factors can reduce the risk of cancer by 51 percent. The study compared participants who met none of these lifestyle factors with those who did. Meeting four factors led to a 33 percent risk reduction and one or two 21 percent.

When smoking status was not considered, participants who met five or six of the remaining six factors had a 25 percent lower cancer risk than those who met none.

Participants included 13,253 white and African-American men and women in the ongoing Atherosclerosis Risk in Communities Study, launched in 1987 in four U.S. communities. Participants were interviewed and examined at the start of the study to determine which health factors they met or followed.

“This adds to the strong body of literature suggesting that it’s never too late to change, and that if you make changes like quitting smoking and improving your diet, you can reduce your risk for both cardiovascular disease and cancer,” said Laura J. Rasmussen-Torvik, an assistant professor at Northwestern University and lead author of the study.