REMEMBER YOUR LOVED ONES 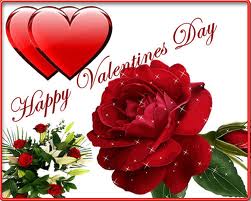 Valentine’s Day is a celebration of love and lovers. The roots of Valentine’s Day goes back to ancient times, when people paid honor to the Roman God of Fertility. This was known as the Feast of Lupercalia, and was celebrated even then on February 14th.

The traditions of Valentine’s Day are broad and many. It is a time to exchange cards or small gifts. Chocolates and jewelry are the big hits of this holiday as is romantic dinners.

It is a romantic event for lovers and a fun event for kids and family. Many a couple become engaged or wed on this day. For others it is a day to fall in love.

Saint Valentine’s Day Massacre During the “Roaring twenties(1920’s)”, mobs, crime and gangsters were at a height in many parts of the U.S. Alcohol was banned, spawning the rise of Bootlegging and mob activity. Chicago , Illinois experienced more than it’s share of mobs and gangsters. On Valentine’s Day, February 14, 1929, four gangsters dressed up as policemen, massacred seven members of a rival gang.

Did you Know? February 14th was formerly thought to be the first day of bird’s mating for the season. This sparked the custom of sending valentines to each other.