SHOULD YOU BUY LONG-TERM INSURANCE? 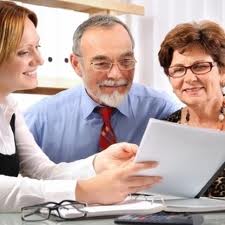 Private long-term care insurance can be an important tool to protect against the risk of needing costly personal assistance in old age. But two respected financial economists conclude it is very expensive relative to the benefits it provides and may not be appropriate for many buyers. At the same time, a new consumer brief from the Society of Actuaries suggests how much wealth you should have for coverage to make sense.

The research paper from economists Jeff Brown and Amy Finkelstein describes many reasons why so few people buy long-term care coverage. They focus on two important issues: the effect of Medicaid’s long-term care benefit on people’s decision to buy private insurance, and the pricing and value of those policies. Their paper, in the Journal of Economic Perspectives, concludes that it does not make a lot of sense for people with few assets and little income to buy insurance, since they’ll be covered by Medicaid anyway–a phenomenon economists call “crowd-out.”

But they also find that private LTC insurance is very expensive relative to its benefits. For instance, Jeff and Amy found that 65-year-old buyers of a typical policy would get back only 68 cents for every dollar they pay in premiums. By comparison, the same buyer of a life annuity would get 75 cents to 85 cents. It is also important to note that long-term care insurance is a much better deal for women, who get back 87 cents for every dollar in premium they pay, than for men–who get only 45 cents.

I have questioned how much this calculation effect matters to real people, who often have no idea that Medicaid provides a long-term care benefit. And those who do, understand how restrictive Medicaid rules are and how poor the benefit often is. Medicaid is no bargain. And that helps explain why the report from the Society of Actuaries suggests that those with savings of less than $250,000 may not want to buy private insurance, while those with assets exceeding $2 million may not need to.

These are by no means hard and fast rules. For instance, wealthier people may still want to purchase insurance to preserve assets for their heirs. But, unless they face an unusually long period of care, they are probably able to self insure. Other research suggests that only 5 percent of those 65 and older will incur long-term care costs that exceed $250,000. When it comes to long-term care insurance, I am often asked the same question: Should I buy? As these two reports suggest, the right answer is: It depends.