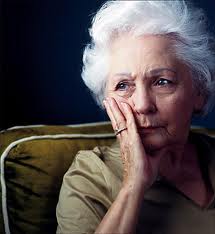 Instead of belonging to the ‘lonely hearts club,’ a new study makes a case for seniors to consider moving into a designated retirement community like Parkwood Heights.

Many seniors prefer to age in place and remain in their own homes, but the benefits they might gain by saving money or maintaining a familiar setting can be lost through loneliness, which speeds up the aging process, according to a recent Cornell study published in Psychology and Aging.

The social pain of loneliness produces changes in the body that mimic the aging process and increase the risk of heart disease, according to the study, and while heart functions change as a normal aspect of aging, loneliness accelerates the process.

Researchers measured cardiovascular reactivity and recovery in 91 young adults (aged 18 to 30) and 91 older adults (aged 65 to 80) who gave a speech and did mental arithmetic in a lab setting. They assessed each person’s level of loneliness before the tasks, and took systolic and diastolic blood pressure measurements before, during, and after the tasks.

“The most striking thing we found was that the cardiovascular response of the lonely young adults to the social stressor task looked more like that of the non-lonely older adults,” said lead author Anthony Ong, associate professor of human development in Cornell’s College of Human Ecology in a statement.

Older adults had a higher resting blood pressure and a greater cardiovascular stress reactivity, along with a longer recovery time, compared to younger adults. The study found that loneliness increased each of these measures, with an even more negative impact in older adults. In fact, the recovery time after the tasks was, on average, “so delayed [that] they did not return to baseline levels during the two-hour-long follow-up period.”

“I think it’s helpful to distinguish the emotional pangs that are associated with acute loneliness from the more chronic feelings of distress that accompany perceived deficits in the quality of our social relationships,” Ong said. ”Viewed from this perspective, acute loneliness may be seen as adaptive, signaling us to repair social connections. However, it is the persistence of loneliness over time that may set the stage for health problems in later life…one of the most important and life-affirming messages of this research is the reminder that we all desire and need meaningful social connections.”